While VanDorpe Chou Associates Inc. retired its practice, the legacy established by Dan VanDorpe and Robert Chou is carried on by VCA Consultants, led by Dan’s son, Tom VanDorpe, and his Partners.

“We were happy to have receive Dan and Bob’s endorsement when we started VCA Consultants,” said Tom VanDorpe. “We intend that Dan and Bob’s leadership and engineering expertise remain a part of the DNA of our growing company.” 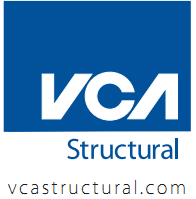 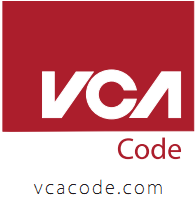 The firm was headquartered in Orange, California and grew into a prominent engineering consulting firm of industrial and residential structures. Over the years, VanDorpe Chou Associates pioneered a number of design solutions and grew into a prominent engineering firm with projects in California, Nevada, Texas, Utah, Colorado and Arizona. The firm was also a trusted consultant for more than 20 California Jurisdictions and performed building department plan check on thousands of structures of all construction and occupancy types.

During the 1990s and 2000s, VanDorpe Chou Associates grew to be a prominent structural engineer of record for many single and multi-family mixed use structures. During itspeak of production, the firm was designing over 10,000 residential units per year, which resulted in putting a roof over the head of hundreds of thousands of people all over the Western United States.

Dan and Bob’s partnership paved the way for the firm’s success. As individuals, they often put their own interests second to the health of the firm and they treated each other as brothers. As engineers, they were true “renaissance men” who knew how to apply science through many related disciplines. Each had professional experience in several different fields which came together in their creative structural designs and big picture thinking which eventually attracted the best clients. Not only did their clients rely on them for expertise in building design and structural engineering, but they were well regarded in building code administration, energy efficiency, fire protection engineering, site planning, and surveying. Many of their ideas and innovations are now adopted into mainstream use, and they were highly regarded by their peers.

Their success was underlined by a shared a passion for not settling on average results. Often, in spite of a tough deadline or even at their own expense, they could be found revising work that many would have considered adequate. For almost 30 years, it was truly a partnership in excellence. Dan and Bob were involved in a number of professional organizations, including: